How is the March Madness tournament structured?

68 teams in total make up the NCAA men’s basketball tournament, and all are ranked 1 – 68 by the selection committee. The opening of the tournament (known regularly as the “first four”) eliminates 4 of these teams, and leaves us with a total of 64 teams for the first found.


All remaining teams are then divided into four regions. These teams are then organized separately into an elimination bracket. After a team wins a game, this is what determines which teams they will face next in the tournament, with each team within its region being ranked from 1 – 16. Within these separated regions, the top seeded teams are pitted against the bottom seeded teams, in order to reward the better teams.


After the first round, then comes the “sweet sixteen”, then followed by the “elite eight” in the following weeks. The last weekend of the March Madness Tournament sees the “final four” round play out, where the final four teams from each region play it out to be crowned champion!
Where is March Madness 2022 being held?

The March Madness is not held in a single location, but rather is played across different US states. The sweet sixteen & elite eight rounds are set to be played across Texas, California, Chicago, and Philadelphia.
Which teams are favourites in March Madness 2022?

As expected, the number 1 seeded team, the Gonzaga Bulldog’s are favourites to win the tournament, followed closely by the Arizona Wildcats & the Kansas Jayhawks, who are both the top seeded teams in their respective regions. 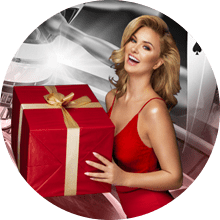 You get a deposit bonus today!

You've deposited enough to earn a free $/€10 bet. Check out this page to find out more.